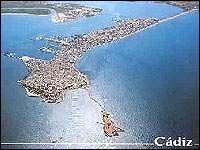 Cadiz stands on a peninsula almost entirely surrounded by water. Phoenicians founded their trading port in 1100 BC and named it Gadir. Later it was controlled by the Carthaginians, until it became a thriving Roman port. In the early 16th century it reached a great splendour a launching point for the journey to then newly discovered lands of America. In the struggle to gain control of trade with the New World, later it was raided by Sir Francis Drake. In 1812 the country's first Constitution was declared here, as the result of the Bastion of Spain's anti-monarchist, liberal movement.

This province has the most windswept beaches, prettiest villages and most famous sherry. It also contains the rainiest place in Spain, the Grazalema Mountain range Natural Park. The coastline is sprinkled by fishing ports.

The Cadiz coast is today a Mecca for windsurfers and people who prefer a wilder shoreline with few beachgoers.

The historic centre of Cadiz looks quite Moorish. It is famous for its picturesque charm, with streets lined with centuries-old seafront houses. This part of the city is almost surrounded by the sea, as it is situated on a peninsula. We can also find some of the city's 18th century walls.

The most outstanding monuments are the Cathedral with its golden cupola and churches of Santa Cruz and San Felipe Neri, which is famous throughout Spain as the place where, in defiance of Napoleon's siege, the provisional government was set up with its own liberal Constitution. Worth a visit are also the Cave Saint, home to several paints by Goya and stately houses such as the Admiral House and the Chains House. 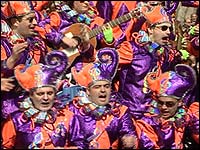 The Carnival is a reaction against the abstentions and prohibitions of all types, helped by wearing masks and fancy dress. Most towns and villages in Andalucía celebrate their Carnival 40 days before Lent, as else where in Catholic world, but none are like the Cádiz Carnival. In 16th century Cádiz copied the Carnival of Venice. During the dictatorship, Franco abolished the Carnival in 1937, but however it continued in Cádiz.

For this reason it has become the liveliest and most dazzling carnival town in mainland Spain, famous its satirical song groups and creative figurines. Costa de La Luz

It is located in the south-western part of Andalucía that faces out to the Atlantic. It extends along 200 km of the finest golden sands on the peninsula.

Sanlúcar de Barrameda, with its golden sands, is situated at the mouth of the River Guadalquivir and overlooking Doñana National Park. The privileged situation of the town makes it and ideal starting point from which to visit the Reserve. In summer time, in the popular beach of Bajo de Guía, horse races are held each year.

Chipiona is situated further south. It is traditionally a summer holiday resort. It has four long white-sand beaches with well developed tourist facilities.

Rota is often remembered by Americans for the Military Base. Here we can find Roman and Arab settlements. The most outstandings monuments are the Luna Castle, from the 18th century, the Nuestra Sra.de la Expectación church, from 16th century and the Baroque churches of la Caridad and San Roque. Fine beaches can be found here.

Jerez is set in the midst of the countryside and is well connected. It has an airport which has flights to the rest of Spain and some foreign cities. It was founded by the Tartessian. Jerez is world-famous for its wines and horses. And also for the Jerez High Speed Race Circuit, where international-level competitions are held. Jerez old town has been declared a Historical-Artistic Monument.

El Puerto de Santa María is situated in the centre of the Bay of Cádiz. It is famous for its restaurants serving succulent king prawn washed down with chilled Manzanilla wine. It has an extraordinary artistic and monumental patrimony. Its beaches are the main attraction of the town. Her we can find one of the main sporting ports n Spain, Puerto Sherry, which celebrates an annual Nautical Week.

Cádiz is the capital of its province and is situated in the bay of its name. The bay of Cádiz is a natural park. It is built in a Peninsular jutting into the bay of Cádiz, only a narrow strip of land connects this city to the Continent. It is the oldest city in Europe, 3,000 year-old, and was founded by the Phoenicians in 1,000 BC. Greeks, Romans, Visigoths and Arabs came to establish their cultures.

Chiclana is only 9 km from sea. It is situated among sand dunes and pines. Here Sancti Petri tourist complex contains hotels, leisure facilities and a modern course. South of the golf we can find a ragged coastline with coves and cliffs.

Conil is a typical fishing village with 14 km of beaches of fine and golden sands.

Vejer is a medieval town of narrow, steep streets and white-walled houses built on a hill-top close to the sea and surrounded by a defensive wall. On the coast nearby is The Trafalgar Cape, where the famous battle took place.

Barbate is a fishing town with bright white-walled houses. It has magnificent beaches as the Caños de Meca, with 100 metre-high cliffs and freshwater ponds. Here is located the Cliffs and Pinewood of Barbate Natural Park.

Zahara de los Atunes is part of the town of Barbate and contains magnificent hotel facilities and extensive beaches of fine, golden sand.

Bolonia is the site of the most important Roman archaeological excavations in Andalucía, the Roman ruins of Baelo Claudia, next to the beach of Bolonia, one of the many beautiful sandy beaches along this remarkable coastline. Its coast has been chosen as the venue for the World Windsurfing Championships.

Tarifa is located next to Bolonia, at the southern-most point of Europe at 14 km from Africa. It is the windsurfing capital of Europe. Tarifa was the first settlement of the Moorish invasion of 711 and it is also famous for the story of Guzmán the Good, who sacrified his son rather than surrender the Town Square.

Sotogrande is within the municipality of San Roque town, between Algeciras and the province of Málaga. It is one of the most luxurious sports and residential developments in Europe.

They are a testament as settlements built to defend the respective territories of the Christians and the Muslims. They are well known for their unique beauty and spectacular settings on a hilltop with the whitewashed house huddled around a ruined castle.

Arcos de la Frontera was declared a national historic-artistic monument in recognition of its exceptional architecture and impressive location on a hilltop with its labyrinth streets of white houses.

Vejer de la Frontera is one of the most attractive White Towns. It is sits on a rocky peak with a strong Moorish feel. 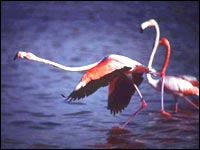 In 1977 it was designated a Biosphere reserved by Unesco and in 1984 was declared the first natural park in Andalucía and one of Spain's most ecologically outstanding areas. It has 51,695 ha and well known for being the rainiest place in Spain, with an annual rainfall of 2,200 mm. Here we can find a magnificent and well preserved forest of the rare Spanish fir, a relic from the Tertiary period.

The Grazalema Mountains is famous for its spectacularly rugged limestone landscape of cliffs, gullies and gorges. The Hundidero-Gato is the Andalucía's largest cave system, with an entrance of 60 m tall and its biggest cavern measuring 4 km long. The most impressive gorge is Garganta Verde with rocky walls that tower vertically 400 m and its exceptional griffon vulture colony.

We can find plenty of information in the visitor's centre in Cortes de la Frontera, the main park office in El Bosque, where you will get permits for walks and in the information office in Grazalema town.

It covers 167,767 ha from Tarifa to Grazalema Mountains Natural Park. Its name comes from its vast and beautiful cork tree grove. It is the largest in the Iberian Peninsula and one of the most important ones in the world.

The south part of the park is crossed by humid, deep, narrow V-shaped valleys, eroded by rivers and providing the ideal habitat for subtropical forests of great ecological value. Here we can find over 40 species of fern and also one botanical jewel, the rare fern psilotum nudum.

We can find plenty of information in the visitor's centres in Algeciara and in Alcalá de los Gazules.